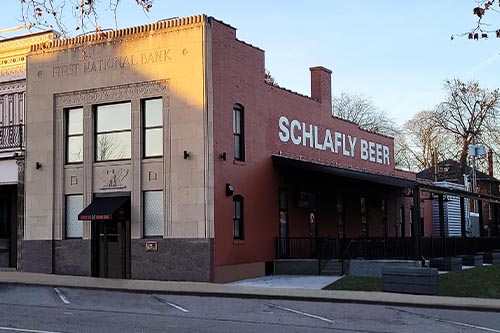 Schlafly Highland Square opens Dec. 22 at 907 Main Street in Highland. This is the first Metro East brewpub for the craft brewery, which will celebrate its 30th anniversary Dec. 26.
Read More

Winter is here, so it is time of the year for beers that warm you up.

This soft and delicious Stout is part of Schlafly’s Stout Bout Hall of Fame winter sampler pack. Salted Caramel Stout “offers silky caramel and tangy sea salt to make a rich, sweet and bold winter beer” according to the brewing team at Schlafly. At just 6% ABV, it is an easy drinking Stout that you can continue to enjoy all...
Read More

A brewpub with some excellent grub! Wil Rogers from Schlafly stopped by to talk about the perfect pairing for whatever you are drinking at any of their businesses. And we have breaking news right here — there’s another brewpub opening soon. It too will have the famous Schlafly Burger or how about those Bavarian-style pretzels with dipping cheese sauce.
Read More

Two St. Louis powerhouses have teamed up to offer a unique new addition to your next charcuterie board.
Read More 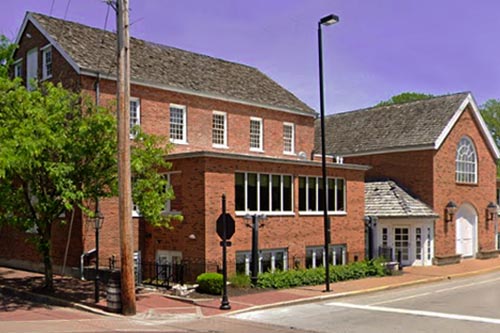 We're back in the kitchen today and we're baking Raspberry Hefeweizen scones. This pastry is easy to make and tastes great for breakfast or an afternoon snack.
Read More

Celebrate #EarthDay at home this year. Make your own Beer Can Succulent Planter with a recycled Schlafly beer can and the succulent or cactus of your choice. Materials: An empty & clean Schlafly Beer can of your choice Potting Soil Pebbles or Rocks One Succulent or Cactus Can opener Hammer Nail A paper towel Instructions: Thoroughly wash your can if...
Read More

Our Boomerang Spritzer Cupcakes are super easy to make and are sure to keep you busy in quarantine. Plus, they taste pretty great too, but don't take it from us: make your own following the recipe below.
Read More

Schlafly’s Hoptic Visions offers hop-forward favorites from Schlafly’s portfolio as well as a new experimental brew. This is the first year for the Hoptic Visions pack, which will feature: India Pale Ale, Hoppy Wheat Ale, India Pale Lager, and the debut of Hazy Pineapple IPA. Hoptic Visions is available across the Schlafly distribution area starting on Monday, March 16.
Read More
« Previous 1 2 3 4 … 8 Next »
X