As some alert readers (ARs) may recall, I majored in English when I was in college.  Between college and law school I was a high school English teacher.  After becoming a lawyer I taught legal writing to law students. So, imagine my surprise when I learned a few months ago that the rules of grammar and syntax I had studied, practiced and taught all these years had been superseded by The Inclusive Language Guide  adopted by a private school in New York whose annual tuition is approximately 30 times that of my college and five times that of the law school where I taught.  Having read the guide, I now know, for example, that “One set of pronouns gaining common use is the singular version of they, them and theirs, used to describe someone who does not feel comfortable using, or does not identify with, binary gendered pronouns.” In other words, they are now singular and they is as well.

Too bad these standards weren’t in place when I was studying foreign languages and struggling with the grammar.  As ARs who have taken Spanish, French, German, Latin or other languages can attest, using the correct gender of nouns, pronouns and adjectives is of critical importance, as is making sure verbs agree with their subjects in number.  Now, however, students whose educations are much more expensive than mine are apparently  being taught that all the memorization I did was irrelevant.  I could have rejected the binary standards of Spanish and French that classify all nouns as masculine or feminine; and the ternary standards of Latin and German that classify them as masculine, feminine or neuter.  Why didn’t I think of that 60 years ago?

The nomenclature advocated by The Inclusive Language Guide  has not yet been incorporated into the calendar on my iPad, which still says that June 20th is Father’s Day.  In addition, this year most of the month of June in St. Louis will be devoted to a production of a Shakespearean tragedy about the complexities of fatherhood.  I’m referring to King Lear, directed by Carl Cofield and starring Andre De Shields.  This play, which many regard as the bard’s greatest work, focuses on Lear’s relationships with his three daughters, Goneril, Regan and Cordelia.  For ticket information you can go to www.stlshakes.org. Because Schlafly is a proud sponsor of The Shakespeare Festival,  you can enjoy great theatre in Forest Park with great beer. 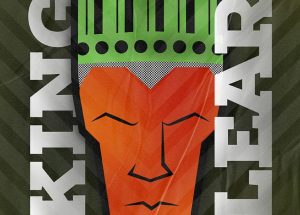 Schlafly is a proud sponsor.

Shakespeare’s epic drama is based on a fictional king of Britain named Leir, who is said to have eponymously founded the city of Leicester in the 8thcentury BC, around the time of the founding of Rome.

Unlike Leir or Lear, Queen Elizabeth II is an actual, reigning monarch of Britain, whose birthday will be celebrated on Saturday, June 12th.  As many ARs probably know, Elizabeth was in fact born on April 21, 1926.  The official celebration of her birthday, however, always takes place in June, when the weather is better.

One place where the queen’s birthday is definitely not a holiday is Ireland, where affection for English monarchs has been understandably limited since the Anglo-Norman invasion over 950 years ago.  In Dublin and elsewhere the locals are far more likely to celebrate Bloomsday on June 16th, the anniversary of the day in 1904 whose events are chronicled in James Joyce’s groundbreaking  1922 novel Ulysses.  Celebrations typically include readings, music and of course beer.

I was introduced to the works of James Joyce when I was in high school and read more of them when I was in college. I later taught some of his short stories to my high school students.   While I always liked Joyce, I must admit that I had difficulty with some of his stream of consciousness and experimental prose in Ulysses. And I missed a lot of his puns and literary allusions.  Ulysses, however, is a paragon of clarity and simplicity compared with Joyce’s final novel, Finnegan’s Wake,  which was published in 1939.  One commentator said the story took place in the mind of a dreaming drunk somewhere in Dublin.  For me it was simply incomprehensible… almost as much so as the Inclusive Language Guide.