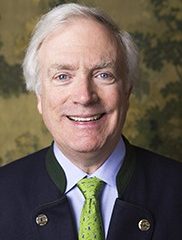 In 1879 Tommy Wilson graduated from The College of New Jersey.  Twenty-three years later, in 1902, Woodrow Wilson was elected President of Princeton University.  Tommy and Woodrow were the same person, just as the college from which he graduated and university of which he later became president were the same institution.  Say what?

After graduating from The College of New Jersey, Tommy enrolled at The University of Virginia Law School, where he apparently decided that his given name of Thomas (aka Tommy) wasn’t sufficiently dignified.  At the time, “Tommy” was a generic slang term for British soldiers, roughly analogous to “G.I. Joe” in contemporary American parlance.  It was later the title of a poetic tribute by Rudyard Kipling to the under-appreciated fighting man.  By the time I was a senior in college,  the best known fictional  Tommy was “the deaf, dumb and blind kid who sure played a mean pinball.”  Excerpts from the rock opera “Tommy” were performed by The Who on November 2, 1969 on the campus of Georgetown University, where I was diligently pursuing my studies at the time.

For whatever reasons, Tommy Wilson had reinvented himself as Woodrow Wilson by the time he left law school and began practicing law.  He later landed a teaching position at his undergraduate alma mater.  In 1896 The College of New Jersey transformed itself into Princeton University, which connoted far more grandeur than a mere college, just as Woodrow sounded a lot grander than Tommy.  Woodrow, fka Tommy, delivered an historic oration at the renaming ceremony titled “Princeton in the Nation’s Service.”

In 1948 Princeton renamed its School of Public Policy and International Affairs after its famous alumnus and former president.  Unfortunately for Woodrow’s legacy, a few years ago a demand arose among some Princeton constituencies to rename the school because of the eponym’s alleged racism.  After an extended and heated debate the name of the Woodrow Wilson School remained unchanged.

Wilson’s most famous quotation is probably, “The world must be made safe for democracy,” which was his argument, as President of The United States, justifying the nation’s entry into The First World War.  After the war he went to the Versailles Conference outside Paris with the hope of implementing his vision for world peace.  Despite great expectations on the parts of many, the reality of Versailles failed to live up to Wilson’s dreams.  In fact, some historians have blamed the Versailles Treaty for actually worsening relations among European nations and contributing to the rise of Nazism and the outbreak of World War  II. Whoops!

While Woodrow Wilson sought to export American-style democracy to the rest of the world, St. Louis native Danny Meyer set out to introduce the rest of The United States and the rest of the world to the cuisine of his home town, specifically French fries like those at Fitz’s and hamburgers like the ones at Steak ‘n’ Shake.  Until very recently you could find Shake Shacks from coast to coast in The United States; in Arizona, Nevada, Minnesota, Kentucky and Delaware; in Europe, the Middle East and Asia; in Bahrain, Saudi Arabia, South Korea and Russia; but not in St. Louis.  I am not making this up.  Shake Shack was actually selling St. Louis-style cuisine in Putin’s Russia and in Saudi Arabia (where women are not allowed to drive), but not in the city that spawned this culinary tsunami.

Fortunately, this grave omission has been rectified.  Shake Shack has now opened in the Central West End within walking distance of my house, in the same zip code in which I was born and where my family has lived for well over a hundred years (long before zip codes were introduced).  True to its St. Louis roots, this particular Shake Shack is offering Schlafly beers in addition to its signature fries, burgers and shakes.  It was my privilege to sample all of these when my wife and I went to the opening and met Danny.

Unlike Danny, whose mission was to take St. Louis cuisine to rest of the world, at Schlafly we have sought to bring the world’s beer styles to St. Louis. On occasion we also bring the foods of the world to The Schlafly Tap Room or to Bottleworks.  As many alert readers (ARs) know quite well, one of the highlights of our calendar is Burns Night at The Tap Room, which features Scotch Ale and Scottish specialties like haggis, shepherd’s pie, cock-a-leekie soup and Scotch eggs.  These same ARs know the evening also includes bagpipes, a recitation of Robert Burns’s poetry and my poetic invocation of the ghost of Robert Burns.

As some ARs who are well versed in hagiography might know, the Feast of St. Thomas Aquinas is on January 28th, three days after Robert Burns’s birthday.  In 2018 this will also be the 70th anniversary of the day on which I was conceived (or close thereto).   When I was born, on October 28, 1948, my parents named me Thomas, perhaps after Thomas Aquinas. Who knows?  In any case, they apparently thought the name was good enough for their second son, even if it wasn’t good enough for the 28th president of The United States.